Based in the Scottish Borders, my on-going work focuses on boundaries, where countryside meets city; the liminal space between urban, suburban; the various intrusions cutting up the landscape, and the fleeting glances of travel. My practice is predominantly painting and illustration, merging semi-Futurist style, conceived via automatic drawing, forming an abstracted landscape based on what the subconscious has revealed. Since 2017, my work has mainly featured Edinburgh and the Scottish Borders. I was born and grew up in Edinburgh. Watching the evolutionary social and architectural changes, in my own lifetime, is a constant interest feeding my research and work. 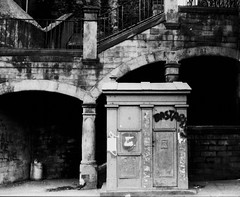